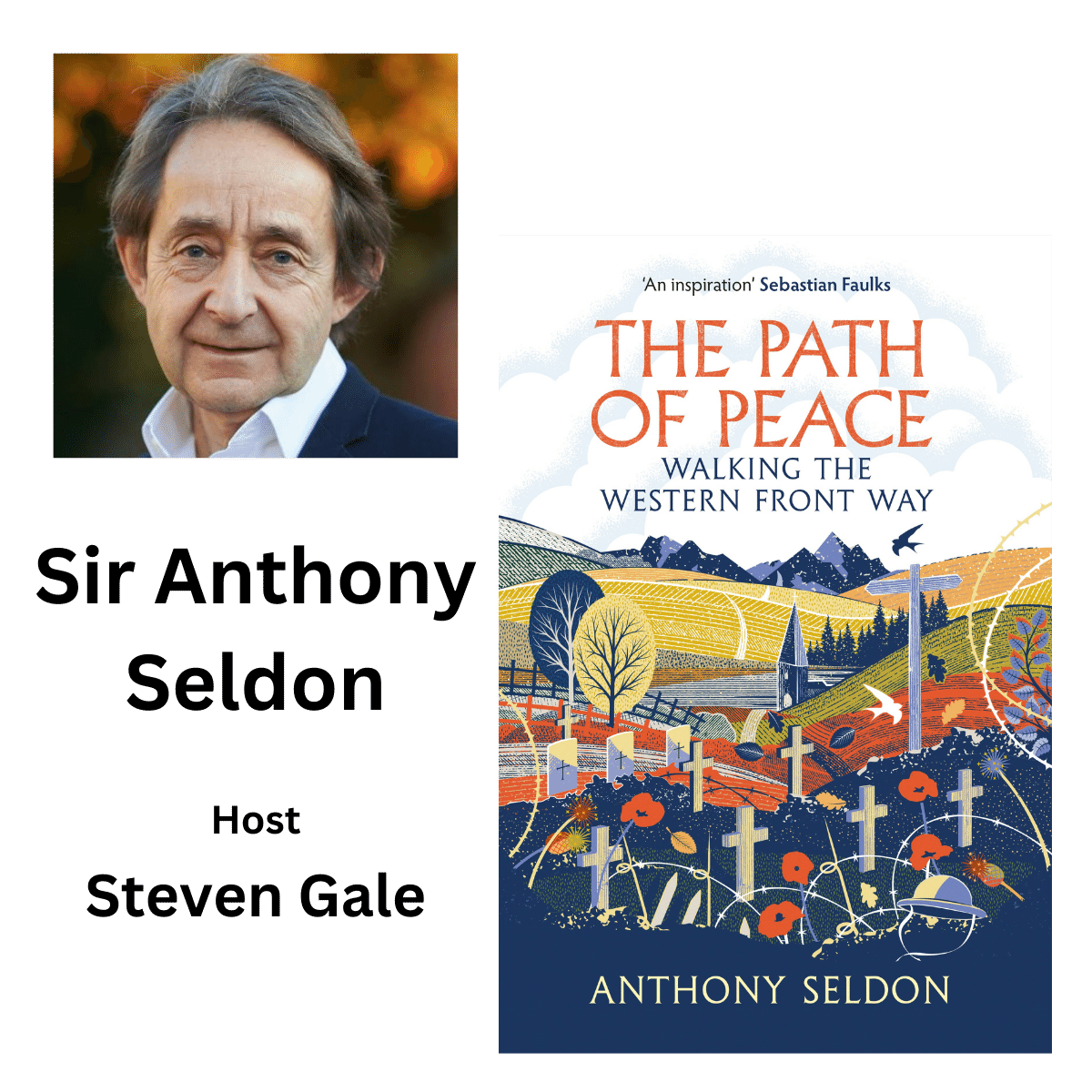 Sir Anthony Seldon discusses his 1,000 kilometre journey of reflection along the Western Front Way and shares his thoughts on the legacy and memory of the First World War. Last year, Sir Anthony Seldon set out on a 35-day pilgrimage from the French-Swiss border to the English Channel, tracing the historic route of the Western Front. His journey was inspired by Alexander Douglas Gillespie, a soldier who dreamed of creating a ‘Via Sacra’ that the people of Europe could walk to honour the fallen of the Great War. With host Steven Gale.

Sir Anthony Seldon is an author, political commentator and contemporary historian. He has written and edited more than 40 books on contemporary history, including biographies of John Major, Tony Blair and David Cameron. He was knighted in 2014 for services to education and modern political history.