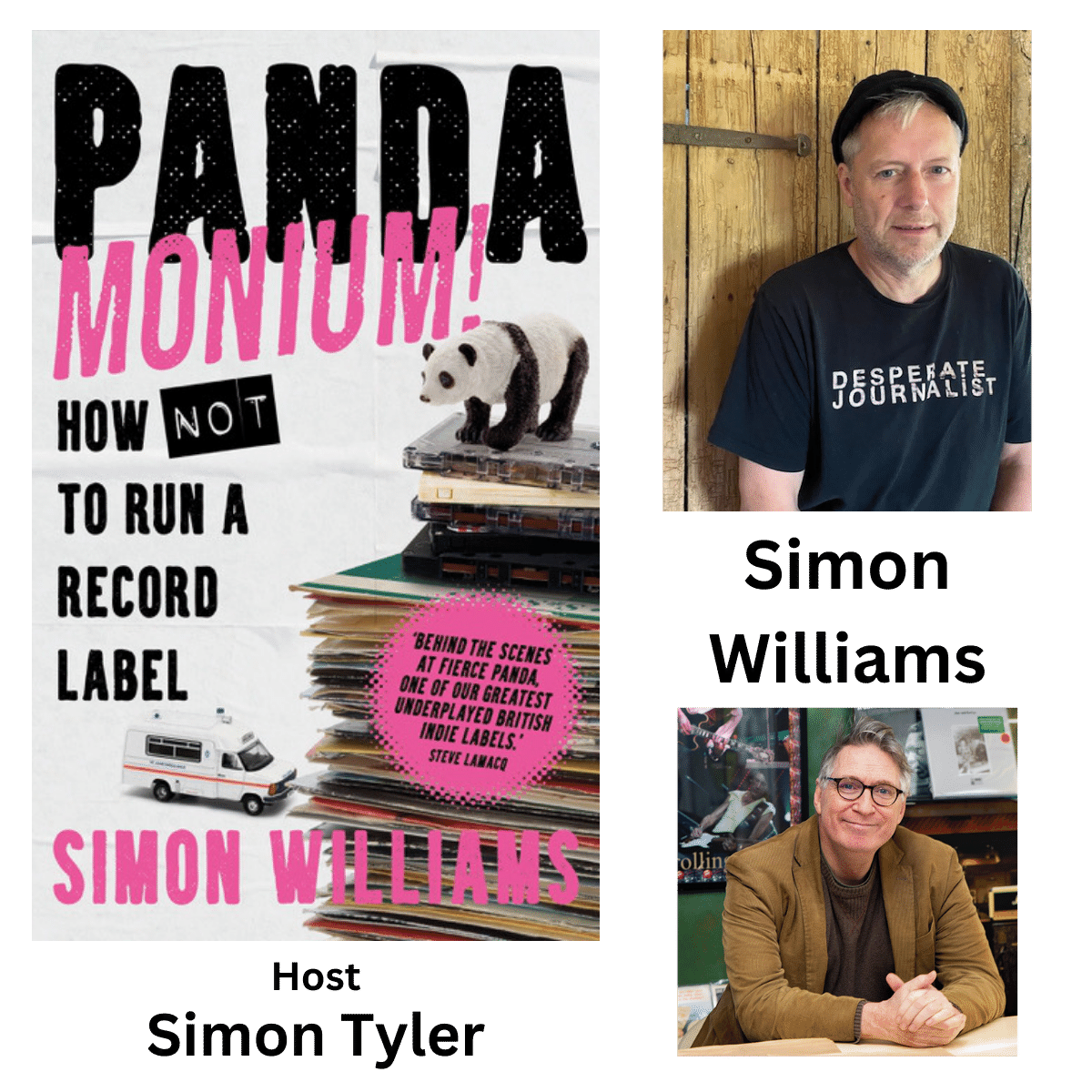 As a one-time NME journalist, former XFM radio presenter and the founder of enduring homespun British indie record label Fierce Panda, Simon Williams's memoir – filled with insider anecdotes to entertain music enthusiasts everywhere – tells the unfiltered story of his time at the indie coalface for over thirty years, responsible for discovering bands such as Coldplay, Keane, Placebo and countless other acts of musical superstardom.

But it is also the story of how he tried to take his own life on New Year's Eve 2019. Documenting both his suicide attempt and his recovery, Simon reflects on his father's own suicide and the lifetime of mental-health challenges triggered by that formative event.

Written with raw and unflinching honesty, this book is full of wit, self-deprecation and the wide-eyed good fortune of someone who has stared into the abyss and survived, going down a few musical rabbit holes along the way.

With host Simon Tyler, the man behind Creekside Vinyl in Faversham, and a stalwart of the record scene back to the 1970s.