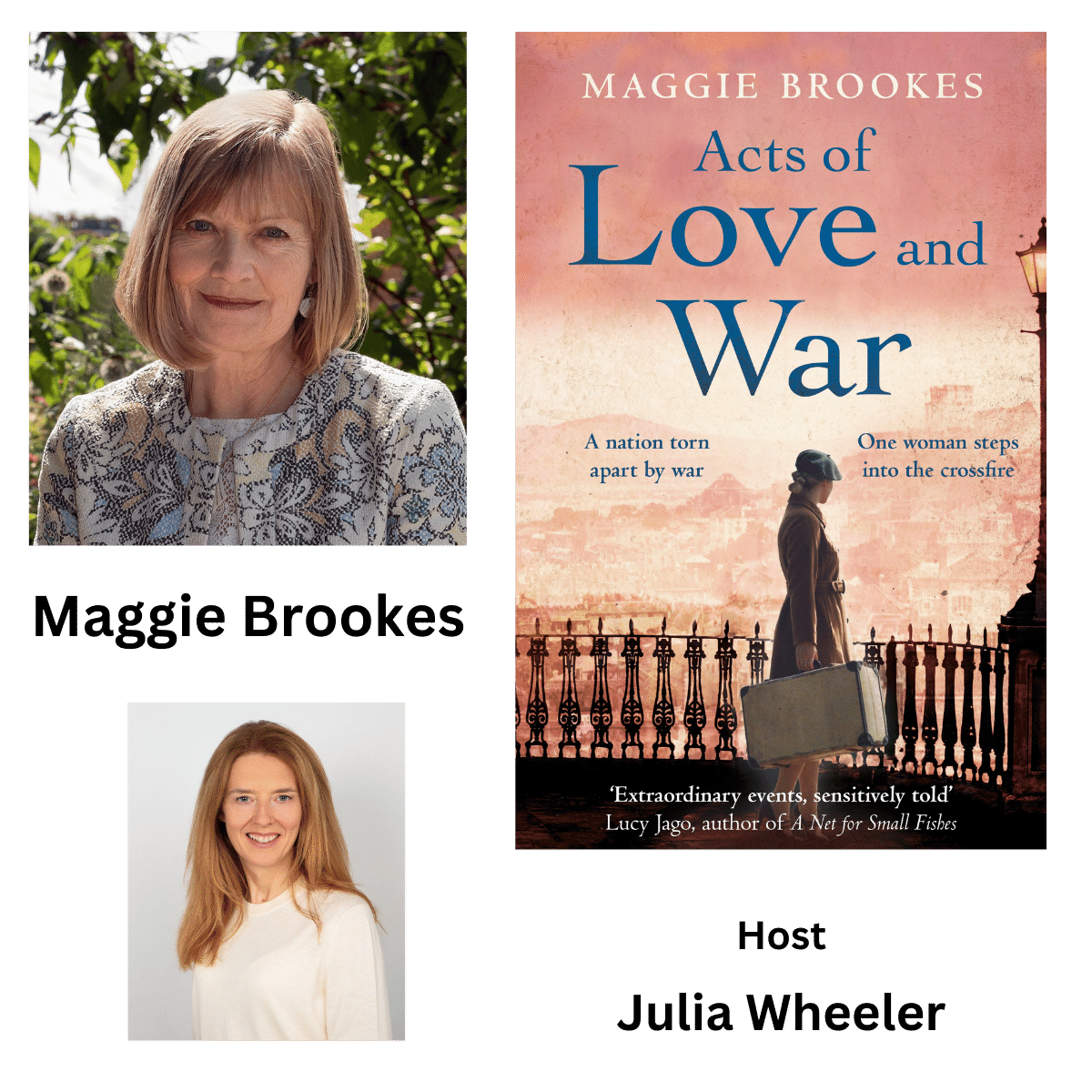 Acts of Love and War follows three young English volunteers involved in the Spanish Civil War, and their heroic efforts to save the child refugees caught in the crossfire. Maggie Brooks will be talking to Julia Wheeler.

Maggie Brookes is a former journalist and BBC TV documentary producer, turned poet and novelist. She taught creative writing at Middlesex University and was a Royal Literary Fund Fellow at the University of Kent. Her first novel, The Prisoner's Wife, was based on a true story told to her in a lift, by a World War II prisoner of war.