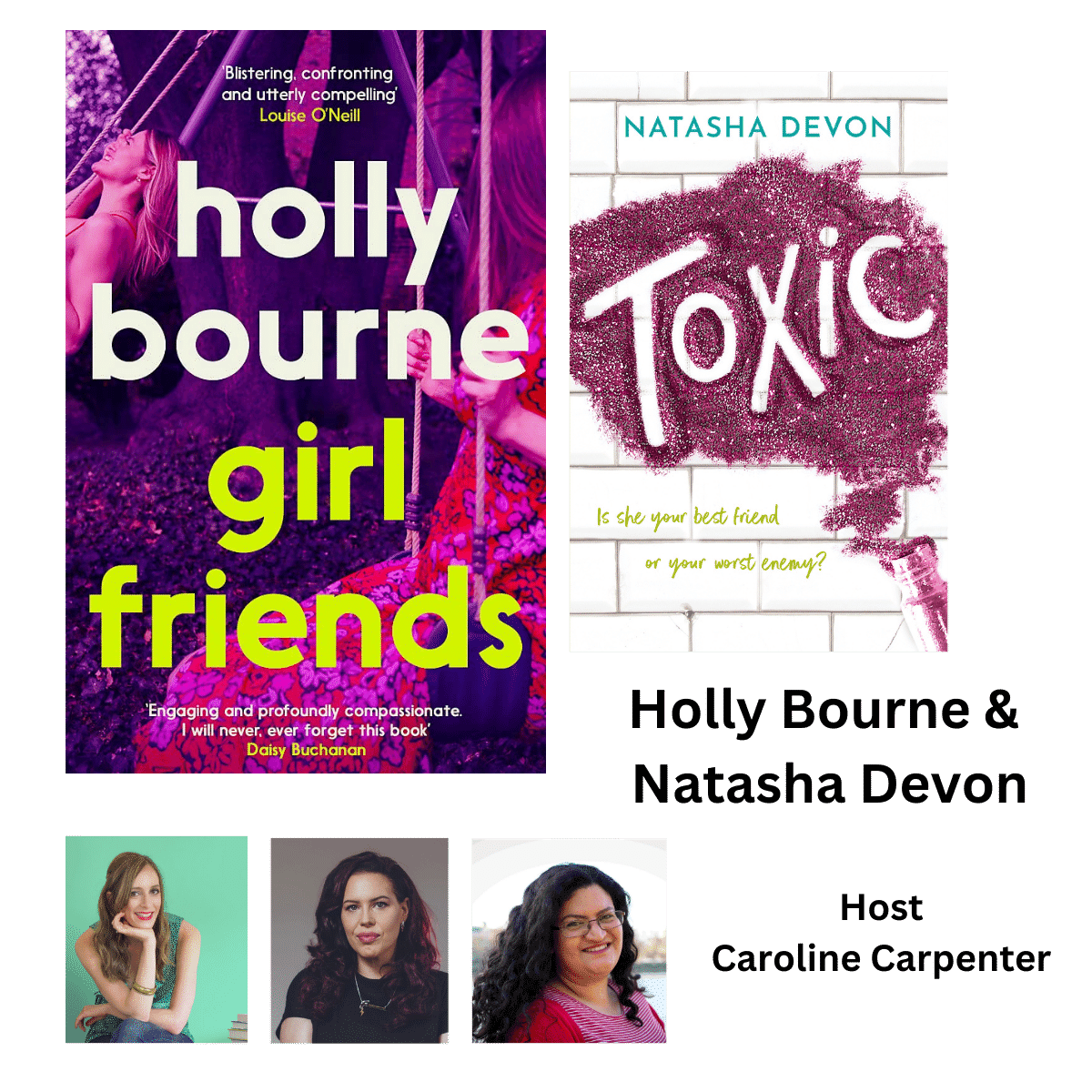 The complexities of female friendship, toxic relationships, coming of age, mothers and daughters... writers Holly Bourne and Natasha Devon will make you laugh and make you cry as they fearlessly discuss female insecurity, angst, fear, anxiety, judgement, and pleasing others. Girl Friends and Toxic are for anyone who has ever grieved the end of a friendship more than a romantic breakup, and for anyone struggling to recalibrate what was normal in their teen years, post #MeToo. Giddy sleepovers and makeovers, in-jokes and crisp sandwiches... a love song to the gloriously complicated world of women choosing to love each other as friends and the beautiful mess that follows.

Holly Bourne is the author of best-selling Am I Normal Yet? She writes for teens and adults on feminist issues and also writes for The Mix, a charity-run advice website for under-25s.

Natasha Devon MBE is a writer, broadcaster, and campaigner for body image and mental health. She runs the Fact or Bull podcast and delivers talks at schools and colleges throughout the UK.

Caroline Carpenter is Children's Editor and Deputy Features Editor at the business magazine for the book industry, The Bookseller, where she also chairs the YA Book Prize, which celebrates great reads for teenagers. Outside of her job, she is a co-host on children's books podcast Down the Rabbit Hole and a published author. She lives in Faversham.