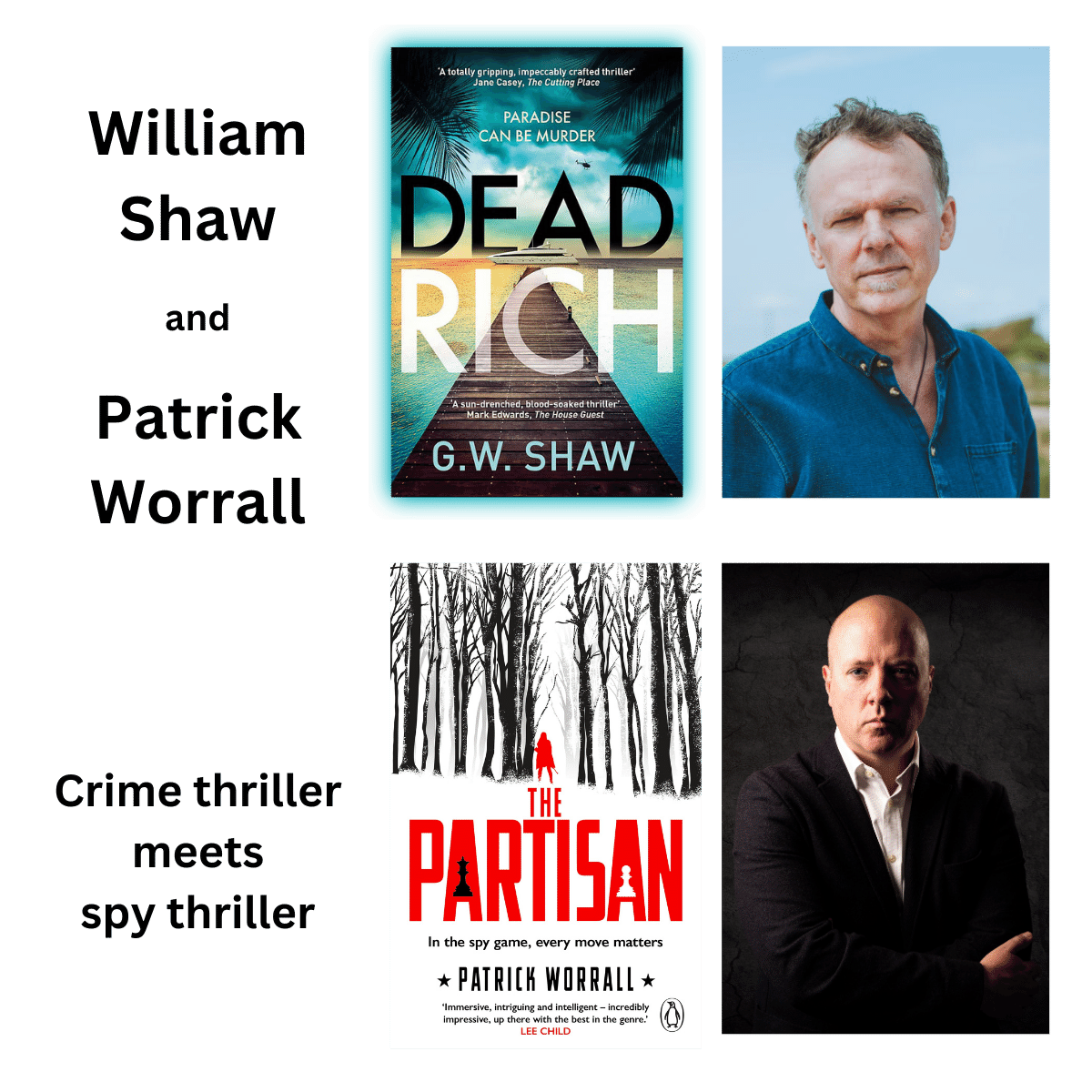 Festival favourite William Shaw and debut author Patrick Worrall talk crime in a Russian setting. From a carefree musician who encounters Russian oligarchs, to key players in the Cold War, a lethally dangerous chess tournament and the Moscow underworld. Hold tight to your seat!

William and Patrick are in conversation with Marg Mayne.

William Shaw is the author of many crime novels set in Kent, including the Dungeness Trilogy. His books have been nominated for Theakston’s Old Peculier Crime Novel of the Year, the Golden Bullet, and the CWA Historical Dagger. He has worked as a journalist for over twenty years.

Patrick Worrall has taught in eastern Europe and Asia, worked as a journalist, a court reporter at the Old Bailey and the head of Channel 4 News's FactCheck blog. The Partisan is his first novel.

'Immersive, intriguing, and intelligent – incredibly impressive, up there with the best in the genre' – Lee Child

'I've been a fan of William Shaw for a long time now, but even by his high standards Dead Rich is an extraordinary book' – MW Craven